The rehabilitation of child soldiers

Most of the many rebel groups that are active in the east of DR Congo recruits children to their military units for use in battle, run logistic and to be “soldier’s wives”. These children, usually in the age of 10-15, are both boys and girls and are taken from their families to do hard work far from their home and safe childhood. Many of them are forced to commit horrible acts, and it is not unusually that these act are aimed at their own villages and families.

Within a bigger project that includes a program to rehabilitate child soldiers and to reunite them with their families, the Swedish Africa Foundation ("SWEDAF") has contributed with means for purchasing start kits consisting of toolboxes and sewing machines. These start kits has been designated for those boys and girls that has gone through the three months rehabilitation program before they were reunited with their families. Every start kit costs about $ 200 and is intended to give boys and girls a new start in life with the opportunity to begin a professional career.

The project was supported during the end of 2011 and led to that 40 girls and 13 boys was given a start-kit including a sewing machine for the girls and a toolbox for the boys. The children was by that given an opportunity to use their skills they have learned in the rehabilitation program and to start up a new career with their first income. 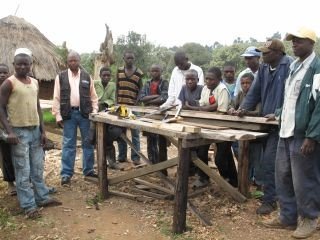 Ex child soldiers in a village outside of Butembo

Former militia groups - Now they are learning how to sew 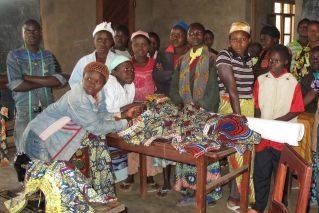 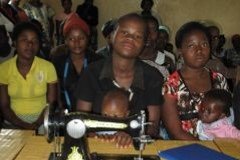